Our research focuses on different aspects of dynamical systems as well as their connections to other areas of mathematics and applications to the sciences. The main research fields are

We currently participate in the EU-funded interdisciplinary Research and Training network CRITICS.

In 2017, our group is joined by two renowned Brasilian colleagues. Fabio Tal from the University of Sao Paulo has received a Friedrich Wilhelm Bessel Resarch Award from the Alexander von Humboldt Foundation and will use this prize to spent the entire year as a visiting professor in Jena. From August to December, he will be joined by Andres Koropecki from the Universidade Federale Fluminense in Rio de Janeiro, who will come as a Mercator Fellow in the context of the DFG-funded project Dynamics on Surfaces (OE 538/10-1).

We will use this opportunity to organise a

Workshop on Topological Dynamics and Rotation Theory on Surfaces 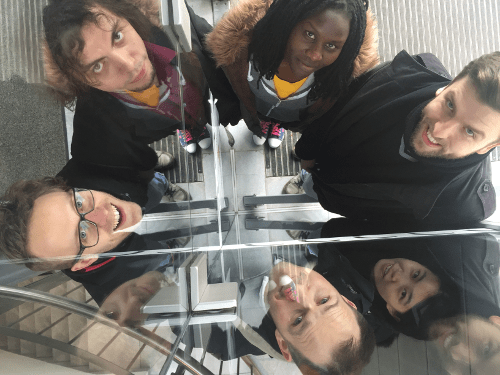